Witches are supposed to have the power of changing their shape

According to Eric Maple, in his 'Old Wives Tales' the pasage below is taken from "The Folklore of a Cornish Village", Notes and Queries 1858. But which edition....? Picture by Jim Kirkwood, from my own collection.

'Witches are supposed to have the power of changing their shape and resuming it again at will. A large hare which haunted this neighbourhood had on numberless led the hounds or carried off unhurt, incredible quantities of shot. One luckless day it crossed the path of a party of determined sportsmen who followed it for many miles, with the usual want of success. Before relinquishing the chase one of the who considered the animal to be something beyond an ordinary hare, suggested the trial of silver bullets, and accordingly silver slugs were beaten into shots for this purpose. The hare was again seen, fired at and this time wounded though not so effectively as to prevent its running round the brow of a hill, and disappearing among the rocks. In searching for the hare they discovered instead old Molly crouching under a shelving rock, panting and flushed by the long chase. From that day forward she had a limp in her gait.' 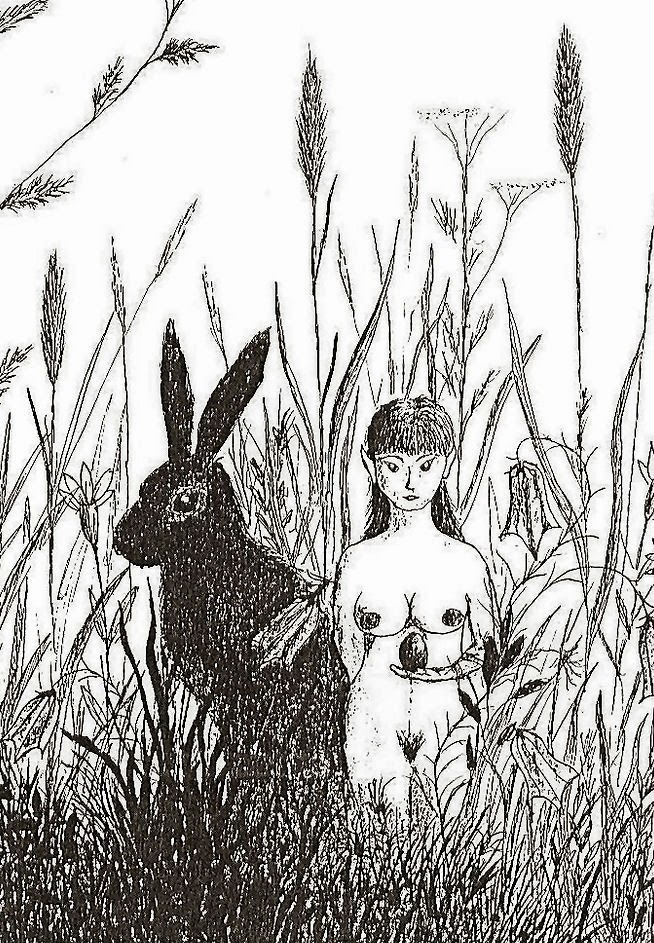