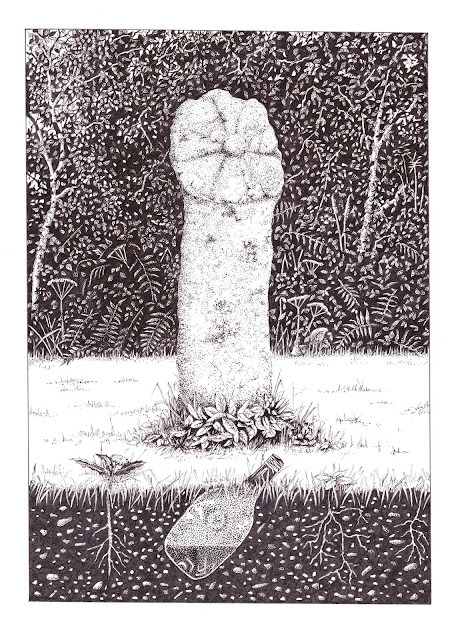 Illustration by Paul Atlas-Saunders. Originally published in
'From Granite to Sea' by Alex Langstone 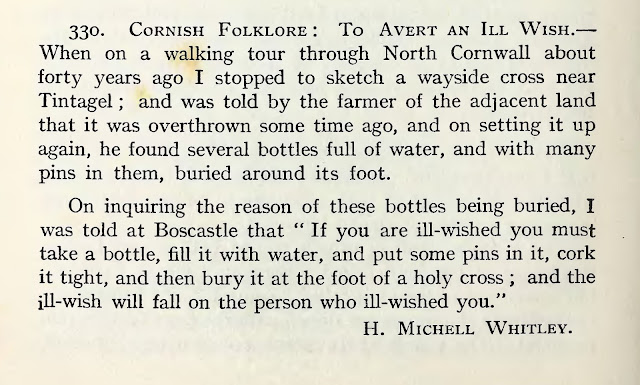 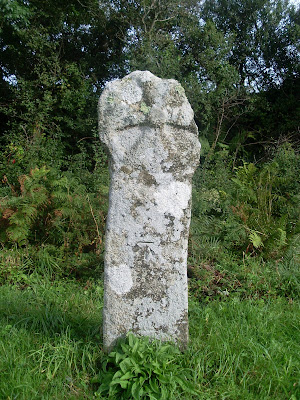 The wayside cross at Fenterleigh crossroads has survived reasonably well, despite some peripheral damage to the edge of the cross-head. Although slightly re-located, it remains as a marker on its original route and junction and forms a good example of a decorated wheel-headed cross. The location of this cross on a road linking the important medieval centres at Bossiney and Tintagel with the inland routes through Cornwall demonstrates well the relationship between such crosses and broadly contemporary settlements and thoroughfares. This cross also marks one of several routes in the parish to the church at Tintagel, showing the differing purposes which wayside crosses served.

Extract above is from the Historic England record.
https://historicengland.org.uk/listing/the-list/list-entry/1007958

According to Andrew Langdon, in his "Stone Crosses in North Cornwall", this cross was recorded as being seen standing against a hedge in the 1860's, where only the front was visible.  So it is likely that the incident that H. Michael Whitley mentions above, where the witch bottles were found by a local farmer, occurred sometime between the 1860's and 1880's.
Posted by Alex Langstone at 05:03