Lundy Hole and the Devil 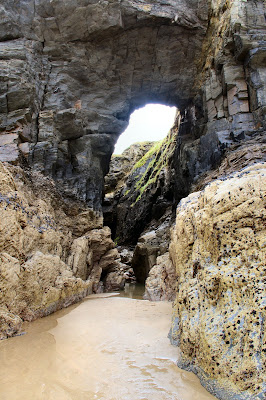 Nicholas Roscarrock recorded the following folklore from the remote and rugged peninsula between Wadebridge and Port Isaac. It concerns St Menefrida, patron of St Minver church and was first recorded during the early 17th century.

One fine day, whilst Menefrida was combing her hair by her ancient chapel and holy well at Tredrizzick, she was rudely confronted by the Devil, who appeared from the deep shadows of the local woods. She was so distressed by his astonishing apparition, that she threw her comb at him, striking the fiend with such force that he flew through the air and plunged into the ground at Topalundy, on the nearby coast. This created the great hole, now known as Lundy Hole, sited high on the clifftop above Lundy Cove, Polzeath.

It is interesting to note that Roscarrock lived nearby at St Endellion, so one must assume this was an established folktale in his day. 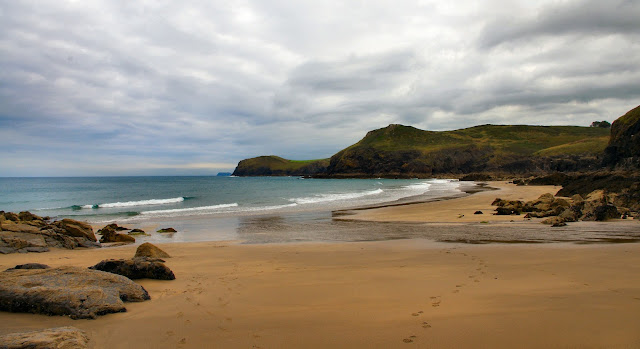 Above left: Lundy Hole. Above: Lundy Cove.
Posted by Alex Langstone at 15:26