Roche, north of St. Austell, famous for the Roche rocks, with St. Michael's Chapel built amongst them. Once tenanted by a hermit; then by a leper, whose daughter waited on him, and drew water from a well, said to ebb and flow, called after her.

To St. Gundred's, near a group of cottages called Hollywell village, maidens would repair on Holy Thursday, to throw in pins and pebbles, and predict coming events by the sparkling of the bubbles which rise up. Lunatics were also immersed in it 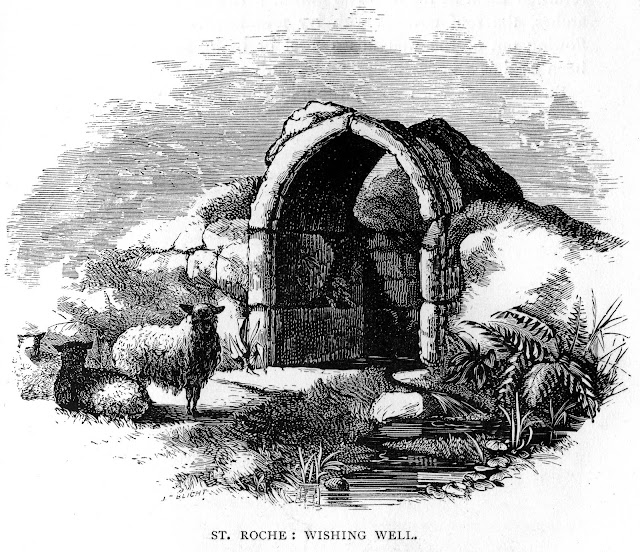 From:The Legendary Lore of the Holy Wells of England by Robert Charles Hope, 1893.
Posted by Alex Langstone at 11:39