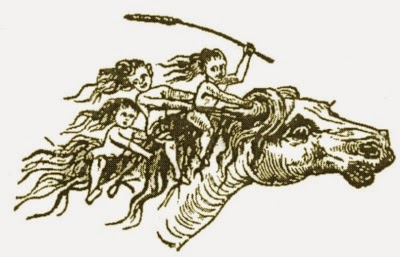 An old man, who would be about eighty if he were living, used to work at Merrymeet Farm, in Merrymeet. He would find the horses with tangled manes, from being piskey-ridden. And he had heard that once  a large quantity of corn on this farm was threshed by the piskies. They were overheard saying "I tweet! You tweet?" - and in the morning the corn was threshed. In this instance there is no more to the story.
A good fright would cure the piskey-led, said the old man's daughter.