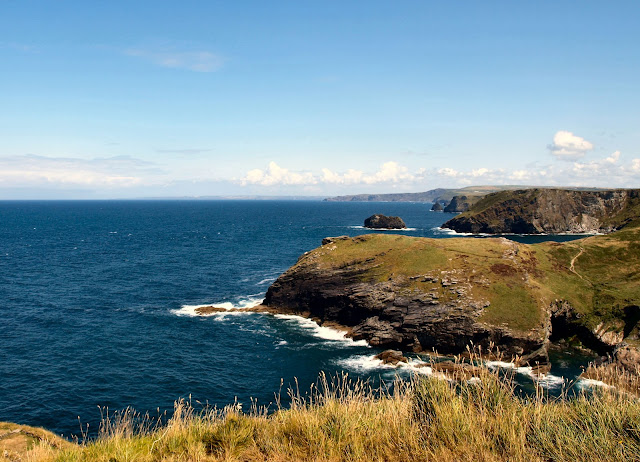 Above: Looking towards Barras Nose and Gullastem, from Tintagel Island

In September 1907 the Aberdeen Journal reported a sighting of a sea serpent by the Rev. T. C. Davies of Sheffield and Mr E Dodgson, Chaplain at Jesus College Oxford. They first sighted the creature about 11.45.am on September 12th. The report came in a letter to the Western Morning News. They were seated on the edge of the cliff at Gullastem, close to Tintagel, when their attention was drawn to a black object moving very quickly along the surface about 200 yards away towards Tintagel Island. In view for about a minute, the serpent was at least twenty-foot-long, and was holding its head above the water which appeared to have a large mane upon it. The two witnesses rued that they had neither a telescope or a "Kodak to take its likeness”.