The Devil in Polperro 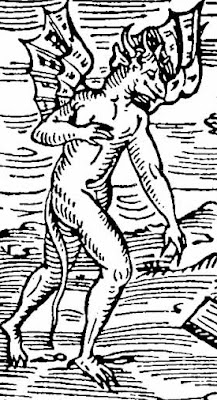 Robert Hunt recorded the following about the Devil in Polperro:

In the slate (Killas) formations behind Polperro is a good example of a fault. The geologist, in the pride of his knowledge, refers this to some movement of the solid mass–a rending of the rocks, produced either by the action of some subterranean force lifting the earth-crust, or by a depression of one division of the rocks.

The grey-bearded wisdom of our grandfathers led them to a conclusion widely different from this. The mighty ruler of the realms of darkness, who is known to have an especial fondness for rides at midnight, “to see how his little ones thrive,” ascending from his subterranean country, chose this spot as his point of egress. As he rose from below in his fiery car, drawn by a gigantic jet black steed, the rocks gave way before him, and the rent at Polperro remains to this day to convince all unbelievers.

Not only this, as his Satanic majesty burst through the slate rocks, his horse, delighted with the airs of this upper world, reared in wild triumph, and, planting again his hoof upon the ground, made these islands shake as with an earthquake; and he left the deep impression of his burning foot behind. There, any unbeliever may see the hoof-shaped pool, unmistakable evidence of the wisdom of the days gone by. 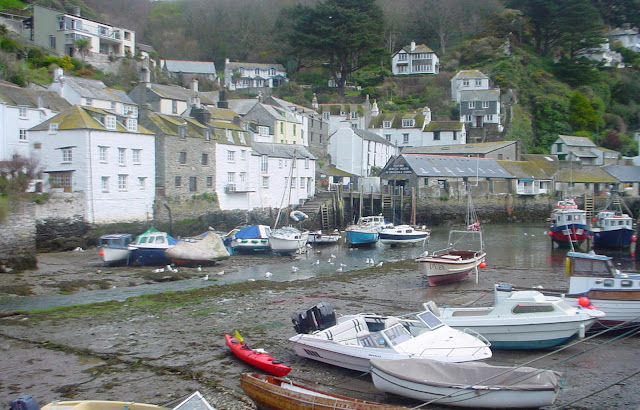