Legend of the Harlyn Bay treasure 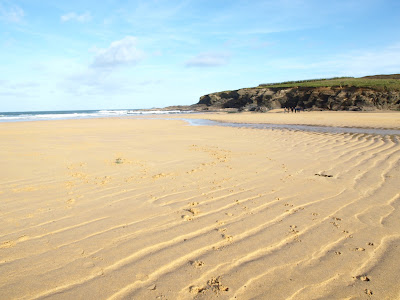 John Piers was a notorious Cornish pirate in the late 16th century. Based in Padstow, his hunting ground stretched around the coastline from the Bristol Channel to the Isle of Wight. His story is made all the more sinister by his mother, and confidante, Anne, to whom it is said “Piers hathe conveyed all such goods and spoiles as he hathe wickedlie gotten at the seas”. In 1581 Anne was accused of being a witch, using her dark crafts to help her son in his activities. In the same year John had just brought in a particularly valuable prize to Studland Bay on the Dorset coast when he and 15 of his crew were discovered, arrested and sentenced to hang. Despite managing a brief escape from Dorchester Gaol Piers was caught and eventually executed in March 1582. His mother, having been acquitted of her own convictions, is said to have hidden her son’s remaining loot in the cliffs at Harlyn Bay.